FIFA has declared that The Best FIFA Football Awards 2021 is all set to take place as a virtual show from its headquarters in Zurich, Switzerland, on Monday, 17th January 2022.

The voting process for different established award categories will begin on Monday, 22nd of November, and end on Friday, 10th of December 2021.

Considering the public health measures as an outgrowth of the pandemic, FIFA has chosen to go virtual and stream the award ceremony as a virtual TV show.

Various competitions and players across the world have left no stone unturned to keep us all engaged & entertained. Therefore, FIFA has taken the responsibility to bestow the much-awaited recognition & appreciation to various tournament categories, as mentioned below:

The awards honor, celebrate, and recognize the performance of the finest in each mentioned category for their achievements during 2020-21, regardless of any competition, nationality, and championship. The voting for these categories will also consider players from the Football Tournaments held at the Tokyo Olympics.

All About the Voting Process

The Best FIFA Awards have been said to consolidate the four major pillars of the footballing sphere. The winners of the categorized trophies in both men’s and women’s football will be awarded through a joint voting process.

As mentioned by FIFA in its media release, the voting process will include an online poll of fans, votes of the head coaches & captains of worldwide national teams, and a group of more than 300 media delegates. The votings will be opening and closing as per the dates stated earlier.

Although the award show of the last series was also held virtually, the celebration comes back with a different charm every year. Sharing the insights into The Best FIFA Awards’2020, the event was hosted by the Dutch footballer Ruud Gullit and the Sports Journalist Reshmin Chowdhury. The accolade for the Best FIFA men’s and women’s player was awarded to Poland’s Robert Lewandowski, and England’s Lucy Bronze, respectively. Talking about the best FIFA men’s and women’s coach and goalkeeper, the trophies were won by Jürgen Klopp, Sarina Wiegman, Manuel Neuer, and Sarah Bouhaddi, respectively.

With the excitement building up, the world is looking forward to having a memorable virtual event experience of the most celebrated award show. 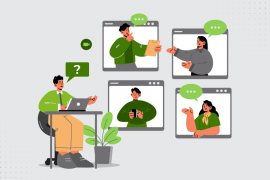 Top Picks of Organizers to Host Online Meetings Other than Zoom 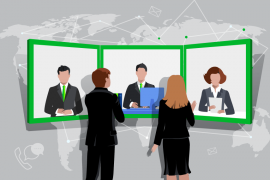 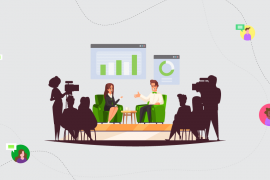